It all started way back on a cold day in November 2004 when I had been able to send the second part of the line for my second 8A-boulder. The first part of the line (Unendliche Geschichte 2, 8A+) with its crazy river polished slopers always puzzled me. The friction was so poor that I had not been able to really pull on those holds and constantly dryfired off somewhere.

The gamechanger was a session in 2007 when the holds got fully condensed while a thunderstorm passed by. The friction was suddenly amazing! It turned out that these polished holds had way better friction when they were totally humid! That was it! A few thunderstorms later and I had climbed the first part as well. Instantly I started to try to link the two parts. But the first move of the second part kept throwing me off on link. I did go back every year since, and came close many times but somehow never managed to stick that move. I really needed good friction (humid and warm) but eventually the weather always turned “too good” and/or I had been sidetracked with other projects.

This spring things were different though! Despite approaching my 43rd birthday I was clearly in the best shape of my life and “suddenly” I had been able to send several hard multi-year-nemesis-projects of mine like Riot Act, low, 8C-ish in the Frankenjura , Ill Trill 8B+ and New Baseline, 8B+ in Magic Wood. So when warm and wet conditions arrived late this spring, I was super interested to see how that shape would change my “Never Ending Story”. I immediately could feel that everything went way smoother and after a few sessions I finally did stick that nemesis-move on link! That I slipped on the last move to the top was a real pity – but I just had been super happy to have done that move that had shut me down for the last 13 years. 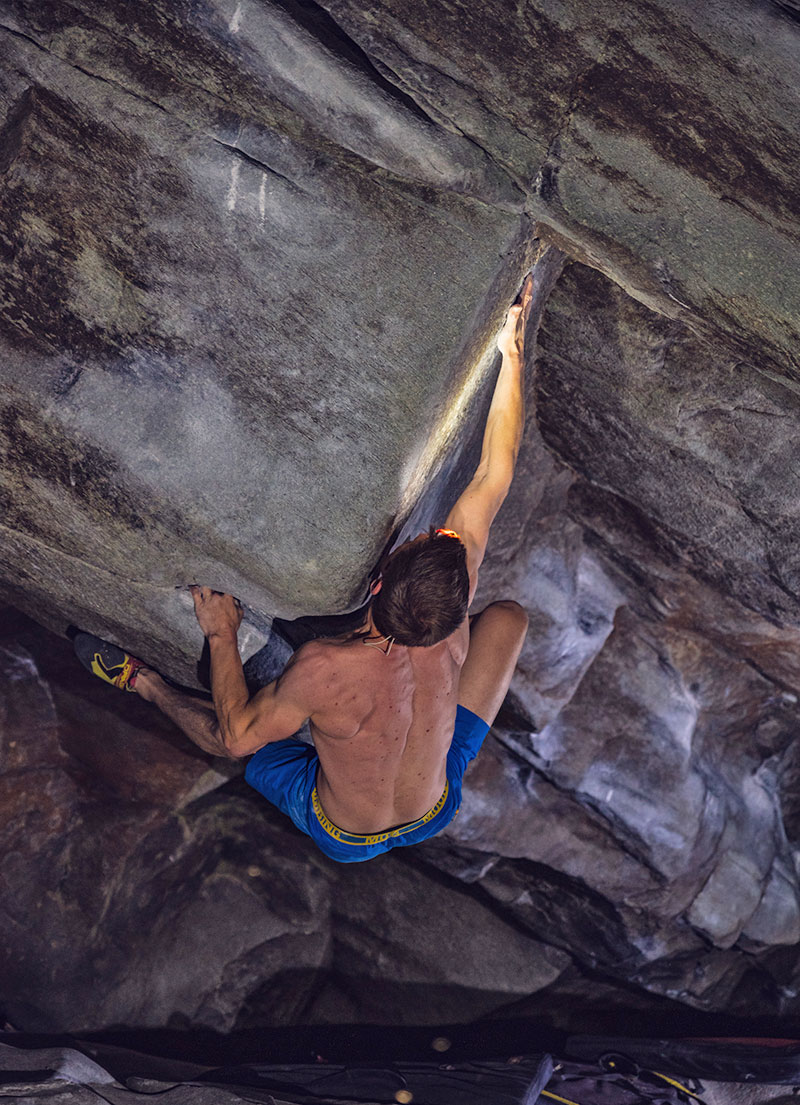 I did the move again for a few times, got close on the send but weather had turned “too good” (too dry) again and I felt more and more tired after a long season. It definitely had been time for my annual summer break from bouldering.

After that break It had taken me some time to get back in shape and I had to adjust some micro-beta as I suddenly haven’t been able to stick my nemesis-move anymore! Good thing some video-analysis had helped there big time! When winter hit early in Magic Wood, I had a beautiful session in a snowstorm. I did stick the crux-move again - and I slipped again from the last moves – even twice… (it had been simply too dry!). That had been unfortunate but I knew it was “on” again! And sure enough in the next session I finally had the perfect go! I did stick the crux-move again! I started to numb out again on the last move but I did not slip anymore. Finally the SEND!!!

A 16 year dream had come true! So grateful for that journey and its experiences!