MoonBoard Holds: 26/11/20. The approximate lead time for MoonBoard PU holds is 6 weeks, DIY kits 8 weeks and Wood Holds 12-14 weeks. If there are any changes, we will update this message. To speed things up for you, your order may be split into multiple partial shipments. We don’t allow amendments to MoonBoard orders. If you wish to amend your order you will have to cancel, and place a new order. Please only contact us if your wait time has exceeded 9 weeks, if you have an issue with your order, or if you wish to cancel your order.

Stretch denim and tailored for climbing, the Hubble-X ticks all the boxes of a practical, hardwearing and stylish pair of jeans. It's no surprise they've become a perennial Moon Climbing favourite.

Skip to the end of the images gallery

Skip to the beginning of the images gallery
Details

The climbing jean that does it all. From rocky top outs to chasing the dog around the park, the Hubble-X will easily become your go-to jean. Packed with all the classic features of a 5-pocket jean, the Hubble-X is tailored with a slim-fit from a hardwearing stretch denim that will serve your climbing needs for season after season.

The Hubble-X’s perfected design provides functionality that most other jeans lack on rock. Wide stances and powerful rockovers feel completely unrestricted thanks to the jean’s diamond-shaped gusset.

Styling is minimal, yet distinctively Moon Climbing. The back pocket features a leather heritage-inspired badge. Roll up the ankle to reveal a hidden MOON print on the turnup.

The Hubble-X Jean is named after Ben Moon's 1990 first ascent - Hubble. Officially the world's first 8C+ route, this limestone sport climb has only seen a handful of repeats since its original inception and is often debated as in fact being the world's first 9a.

The Hubble-X Jean was first introduced to the Moon Climbing men's collection in 2015 and has since become a perennial favourite. 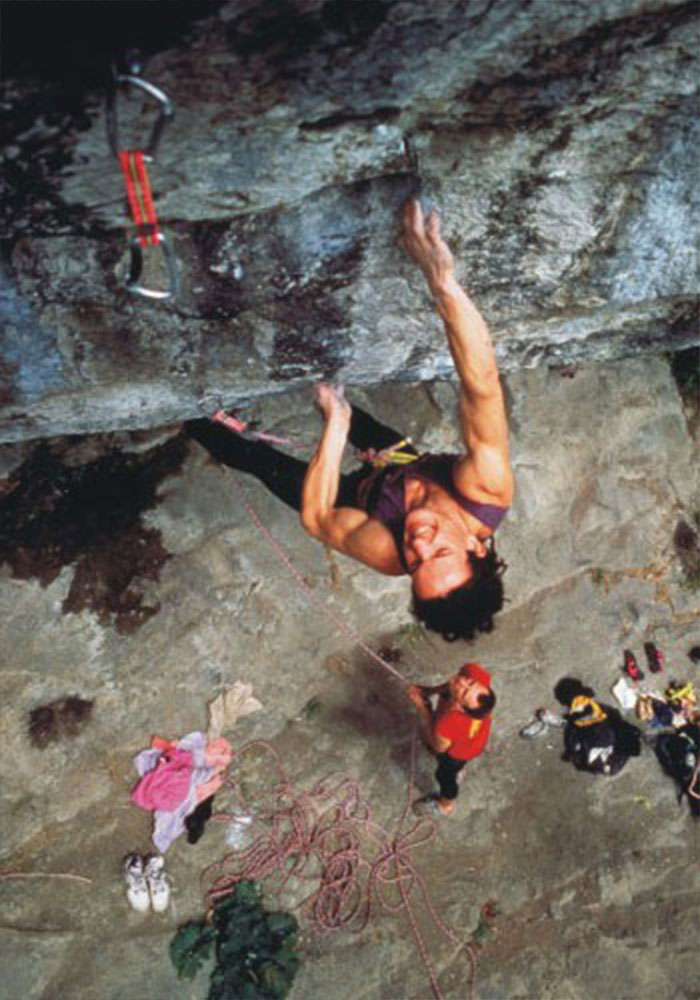